Home > University > About Us 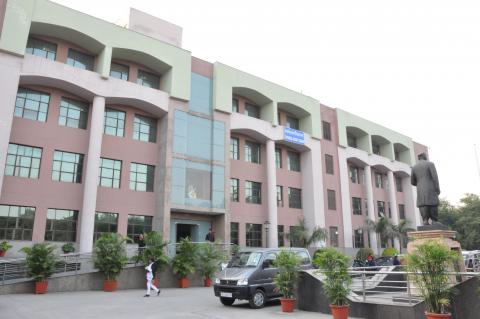 The Akhil Bharatiya Sanskrit Sahitya Sammelan established a Sanskrit Vidyapeetha at Delhi on the auspicious day of Vijaya Dashmi on the 8th of October 1962 and appointed Dr.Mandan Mishra as the officer on-Special-Duty and the Director of the Vidyapeetha. In accordance with the decision of the Sammelan, a separate Society under the name of Akhil Bharatiya Sanskrit Vidyapeetha was established with the late Prime Minister Shri Lal Bahadur Shastri as its Founder President. The inspiration and guidance of Late Shri Shastriji had been the impetus for the development of this Vidyapeetha. Shastriji in his capacity as the Prime Minister of India declared to develop this Vidyapeetha as an International Institution.

Prior to this, on the recommendation of the University Grants Commision, a Society, independent of the Rashtriya Sanskrit Sansthan was registered under the Chairmanship of the former Human & Resource Minister, Hon'ble Shri P.V. Narasimha Rao in the name of Shri Lal Bahadur Shastri Rashtriya Sanskrit Vidyapeetha on the 20th January 1987. In 1989 Dr.Mandan Mishra was appointed as the first Vice-Chancellor of the Vidyapeetha.

After the formal transfer of the movable and immovable properties followed by the transfer of the teaching and non-teaching staff, the Vidyapeetha became fully functional with effect from the 1st November 1991 as a Deemed to be University.

Shri Lal Bahadur Shastri Rashtriya Sanskrit Vidyapeetha(Deemed to be University) has been established as Central University and start functioning as Shri Lal Bahadur Shastri National Sanskrit University, New Delhi-16 w.e.f from 30th April, 2020 under the Central Sanskrit Universities Act,2020( no.5 of 2020 dated: 25th March,2020) as enacted by the Parliament and assented to by the President of India and duly published in the Gazette of India by the Ministry of Law & Justice, Govt. of India, Legislative department followed by the Gazette Notification F.No. 4-4/2018-Skt-II dated: 17.04.2020 of the Ministry of Human Resource Development, Department of Higher Education(Language Division, New Delhi) 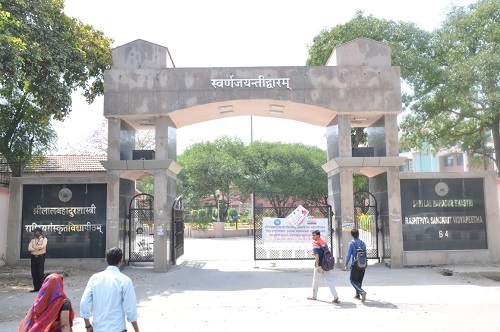 During the last thirty-eight years, the Vidyapeetha has received the attention of great personalities, leaders, members of parliament, and legislative assemblies, industrialists and the general public as one of the leading institutions which stand out and out for the cause of Sanskrit literature and language. By organizing 320 functions, coupled with several publications in the newspapers and other means of communication, the Vidyapeetha has reached the expectations of the people in establishing the glory of the Sanskrit language. This has resulted in creating a general awareness which encouraged many volunteers to come forward to work in this direction. It is indeed a great pleasure that being attracted by the achievements of the erstwhile Vidyapeetha, our dynamic leader, the former Prime Minister Mrs. Indira Gandhi in her message hailed the contributions made by the Vidyapeetha in the field of Research and Publications and also the role of Vidyapeetha in the cultural awakening.

Working of the Vidyapeetha was applauded by the Xth five year Plan Review Committee constituted by the U.G.C. which has appreciated its performance and progress in the following words:-

"The working of the Vidyapeetha is in general commendable. The teaching faculty is academically sound and is actively engaged in imparting knowledge. The students also are actively participating in the processing of learning. Supporting theoretical knowledge with practical observations and experimentations with the use of observatory and similar other devices is one of the distinct features of education in this university. The publications of the university also represent the substantial research activity going on in the campus. Lack of space for conducting classes is one of the major problems faced by the teachers in this university. The academic block under construction can, however, solve the problem to some extent".