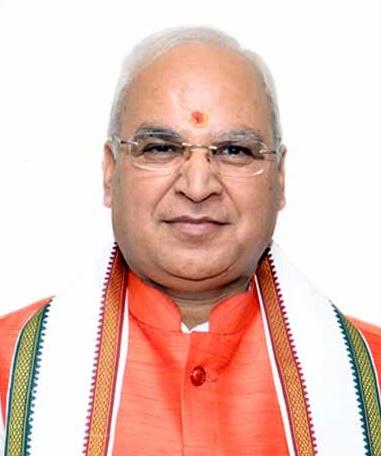 Prof. Pandey was appointed as In-charge Vice-Chancellor of the Vidyapeetha 9th April 2015 and subsequently as Regular Vice-Chancellor on 28th August 2015 of the Vidyapeetha for a period of 5 years. Professor Pandey after completion of his Post Graduate and Ph.D. Degree from the Banaras Hindu University, Varanasi joined as Lecturer at Rashtriya Sanskrit Sansthan Campus at Puri in 1987 and thereafter joined as Reader in Shri Lal Bahadur Shastri Rashtriya Sanskrit Vidyapeetha in 1995. During 1996, he was awarded D.Lit. in Sanskrit Sahitya from Darbhanga Sanskrit Vishwavidyalaya. He was appointed as Professor in the year 1999 in the Department of Research & Publication of Shri Lal Bahadur Shastri Rashtriya Sanskrit Vidyapeetha, New Delhi. He had delivered lecturers on Sanskrit literature while visiting Italy, France, Germany, Magnolia, Japan, USA and West Indies to spread the knowledge of Sanskrit literature. He had published more than 20 books and 25 research articles on Sanskrit literature.